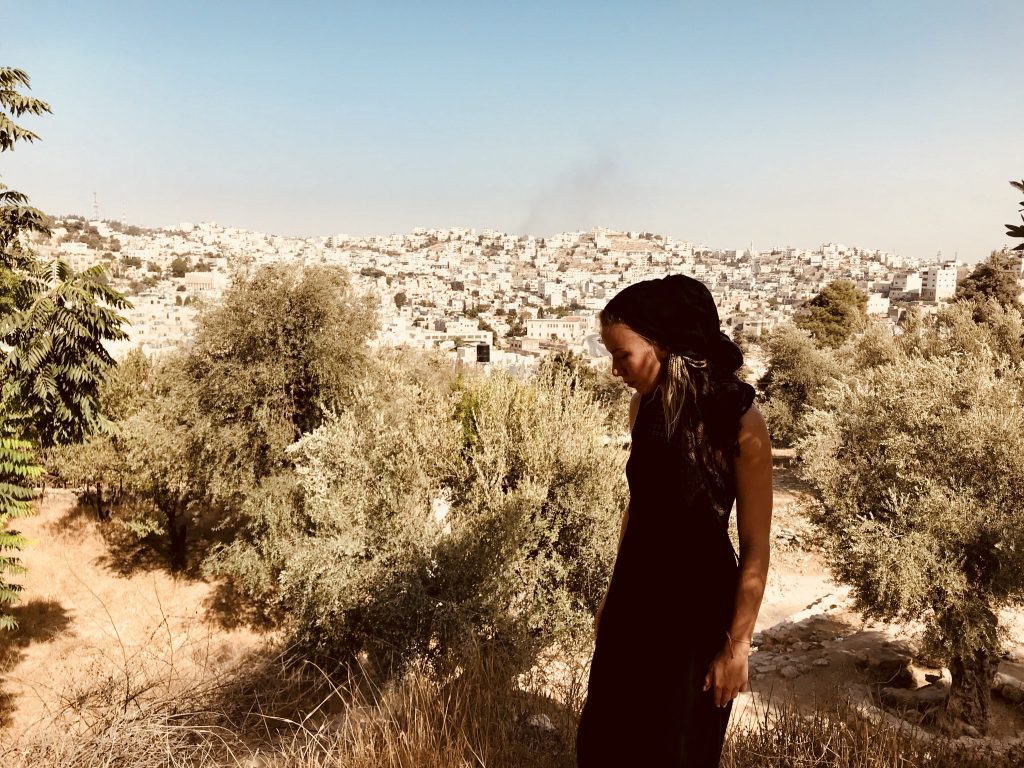 Every script starts with one word.

And the word would speak: „Father of a hundred peoples you shall be.“ But your wife would not give you a son. So you would take her maid to bring the word to live. But blessed you are and you would have to boys. And two mothers, too strong to share one tribe. Soon you send away the maid and her son and designate the second born as heir. Descendants of the first born would spread, meeting the sons of your second born. But they wouldn’t recognize each other anymore. Distinguished by how they would speak, how they would look and how they would behave.

Today I see your both boys cry over their mutual fathers grave. Split apart by concrete walls and stories about blood.

What began with a story arose to ideology. Armies fight for land, while people fight for freedom.

When I entered Al-Ibrahimi-Mosque or the Grave of the Patriarchs (Jewish Name), for the first time, I came with him, visiting both sides, pretending that the two of us were evangelic tourists, observed suspiciously by the Israeli soldiers. I was listening spellbound to his voice telling me the story of each part from its perspective.

The ancient building, built by King Herodes between 37-4bc over the graves of (according to Genesis) Abraham, Isaac, Jacob and their wifes Sarah, Rebecca and Leah, is today divided in two. With access to Abrahams Grave through windows from both sides.

This time I came by myself. I only visited the muslim part and I found myself in tears when standing at Abrahams Grave. Hearing jewish prayers just from behind a thin steel-wall brought me to my knees.

Writing about The City of Herbon, or Al-Khalil, its arabic name, is surely one of the most sensitive topics when writing about the Middle east. Its impossible not to get involved with politics, when spending time in the West Banks largest city – second largest city in Palestine after Gaza City.

Hebron is divided in two: H1 and H2, or according to international law, better to say occupied illegally by around 700 Zionist Settlers that live in the old city. Israelis and Palestinians life in the same city, separated by 113 roadblocks, closures and checkpoints. Its likely to find a Settlers house right next to a Palestinian house. Guarded by IDF soldiers. For instance, the street through the market in the beautiful old city – the heart of Herbon – is covered with a steel grid to protect it from missiles coming down from settlers windows right next to the street. Sometimes you can find an open bottle lying on the grit pouring pee upon merchants, costumers and the few tourists that come to visit this chaos.

For me Hebron is the city of Angels – you can still find pure Magic here: In the old colorful glass-factories, or if you find the family, that produces handcrafted shoes and would invite you for a coffee, or negotiating a Bedouin carpet with one of the merchants that still resist in the vanishing old city or if you chat with the kids which are working so hard to support their families.

I was fascinated by so much beauty from the very first time, when I set foot in this suspense-packed, boiling place, loaded with contrasts between life and death. – A sign for resilience, a reminder of life, an example of how the ideology of a few kills beauty. This city is a sad poem about what we humans are capable of.

Ideology of a few extremists kills the wisdom, the elegance and the wonderful teachings of our common roots, Judaism, Christianity and Islam. 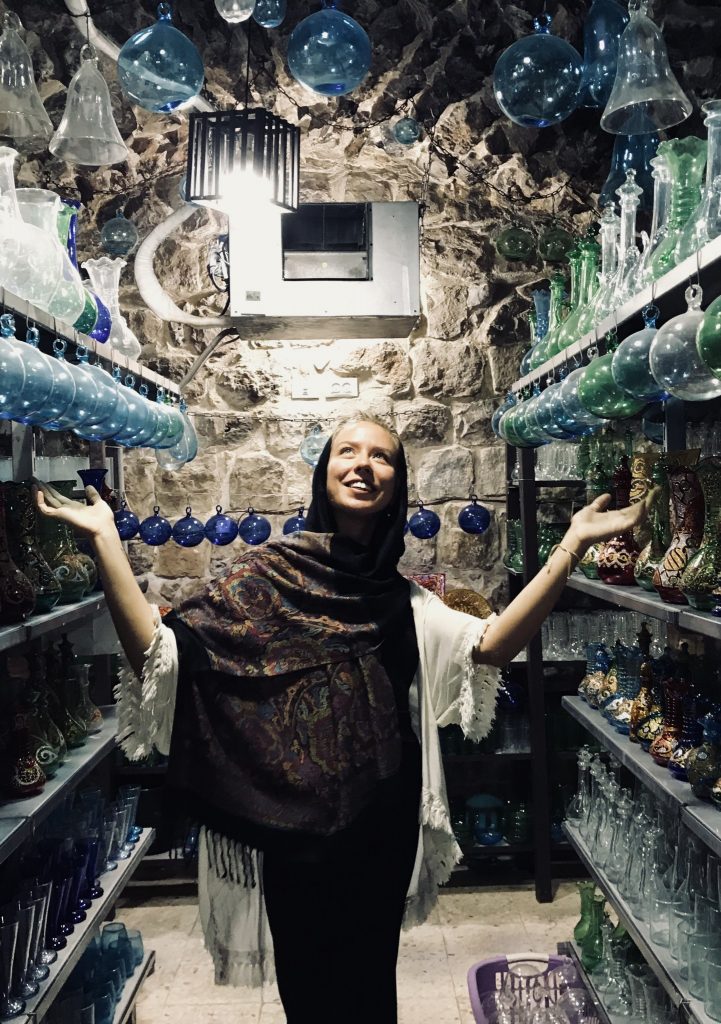