„We often tell our stories a hundred times. We love to drown in our own drama and the compassion that we receive from listeners but we will never leave the cage. We have set it up comfortably.“ 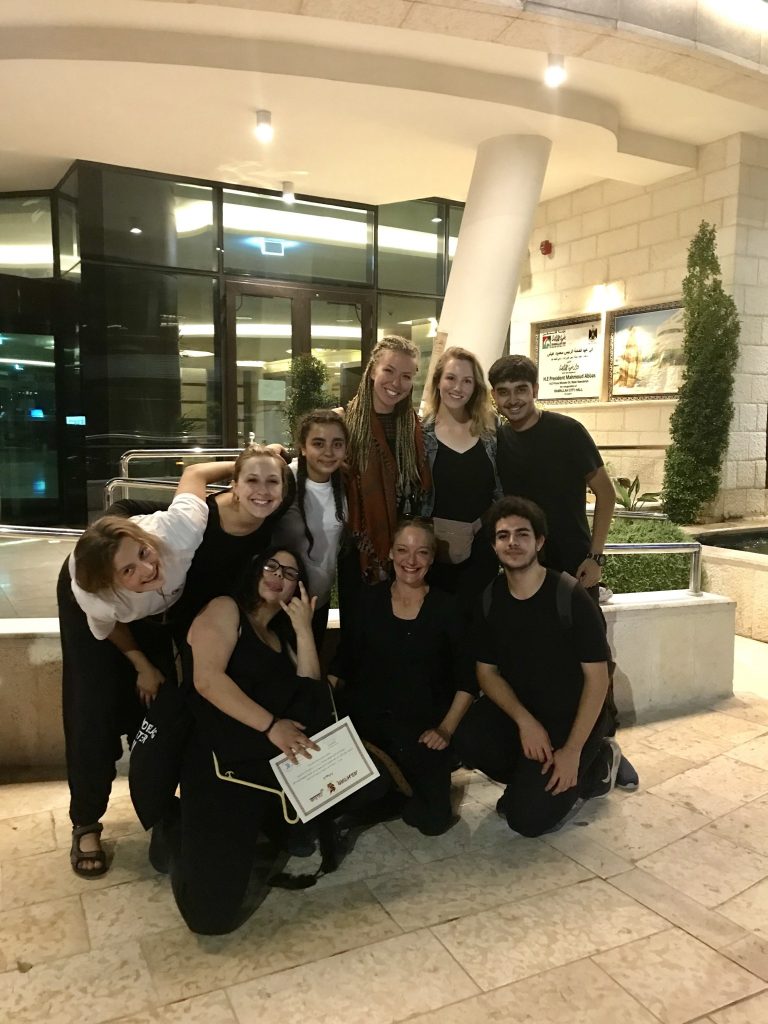 In preparation to my workshop, still captured in the drama of my personal loss, I found it hard to ascent anywhere from the kitchen floor in my apartment in Hamburg, where I fell apart after remembering how He stood in this kitchen just a few months ago looking at me like I was the most beautiful angel he had ever seen, just because I made coffee and brownies for us.

Theatre in Germany is often either about information and facts or about effects, but I barely find a situation that rolls through the audience like a tornado and let them experience the atmosphere of a particular topic. I thought its probably because the main point is not “ascending” from stage. Keeping the tornado on stage might be very exhausting for the actors and in the end the audience did not learn anything about tornados. – I think its similar in our school system – And I thought maybe its the same with our own stories, which are not less intensive.

I thought: Showing a Palestinian in a cage complaining about Israel could probably make some activists feel compassion but showing „the tornado“ of a human, (played by a Palestinian actor) locked up in a cage could make an israeli soldier feel like: “Shit, its me!“

Living the essence of a story, for instance being prisoned, abandoned, love, loss, drowning etc., to the fullest, till its final ascension from ourselves, could make the audience feel it on their own skin and at the same time release the actor on stage. That was the plan when I started to work with a group of 9 students from Palestine, Poland and the United States. – It would be an exploration, an experiment.

For 10-Days we would work on our individual stories,  finding a universal valid context to show the essence of it, through body, voice and an object that we would enrich with our story.

And all of a sudden, I wasn’t alone anymore with this “something”, that changed my whole life and still kept my mind busy. I saw these 9 young people  struggling with the same issues, with the same fight for freedom and release. The existentiality with which everyone approached his subject moved me deeply and helped me to keep the focus for which I was responsible – The final stage performance.

In the context of a mixed show of all workshops, that took place during the festival, my group showed a shamanic ritual in which we transformed physically by the contact with our, now story-loaded, object. In the beginning we prepared the stage by beating 2 meter-long wooden sticks rhythmically on the floor. Those sticks then marked a circle on the ground and one person at a time would show the ascension of his story in the middle of it – supported by the group that would  sit around the circle. In the end, like it is costomary in some shamanic rituals, we “cleaned” the space with a little dance using our sticks.

I don’t know if the audience experienced a tornado that evening but I could sense some astonished murmur that went through it. And we as a group felt a strange quiet bliss. – A little freedom behind the wall.